One of the Virginia DUI lawyers at The Weiland Firm, PLC recently had a DUI charge reduced to reckless driving. The reduced charge resulted from the police officer’s reason for the stop.

After hiring the Law Firm of The Weiland Firm, PLC, our Virginia DUI attorney went to work pulling apart the case and was able to challenge the charge based in the reason for the stop. Section 46.2-1034 of the Code of Virginia states that “[w]henever a vehicle approaches an oncoming vehicle…the driver of such vehicle shall use the low beam of his vehicle’s headlights so aimed that glaring rays are not projected into the eyes of the oncoming driver.”

As a result of the unlawful stop, the lawyer at The Weiland Firm, PLC successfully argued for a reduction of the charge from a DUI to a Virginia reckless driving charge. As such, our client saved thousands of dollars in future insurance costs, avoided the employment stigma of a DUI conviction, and saved himself from the many ramifications that come with a DUI conviction in Virginia.

The Law Firm of The Weiland Firm, PLC successfully defended a client against a DUI, 1st offense charge in a Virginia courtroom. The Court dismissed the charge that the client was driving under the influence.

The client, whose identity will remain confidential, was stopped by police for weaving within his or her lane and for crossing both the white and yellow road markings. Upon pulling over, police conducted field sobriety tests on the client. The client performed poorly and police arrested him/her on suspicion of driving under the influence. Officers transported the suspect to an area hospital for a blood test.

Analysis of the blood sample showed that two illegal substances were present in the client’s blood stream at the time of the police stop.

In court, the attorney advised the defendant to plead not guilty and the case went to trial. The lawyer was able to successfully argue that a chemical analysis of the accused’s blood was not sufficient in proving that the substances detected in the blood sample impaired his or her ability to drive. The attorney also suggested the possibility that an underlying medical condition may have caused the defendant to drive erratically.

As a result of the arguments posed in trial by the attorney from The Weiland Firm, PLC, the Court found the defendant not guilty of DUI in Virginia.

A Richmond man is charged with reckless driving and DUI in New Kent County, Virginia, among other charges. He has been taken into custody.

Angel Rafael Lopez-Morga was arrested following a police chase and accident on Interstate 64. He is charged with attempted murder of a police officer after striking a New Kent Sheriff’s deputy. He was also charged with malicious wounding a police officer, eluding police and hit & run, in addition to driving under the influence and reckless driving.

The incident occurred when the New Kent Sheriff’s Office were alerted to an erratic driver on the highway. As police responded, they learned that the suspect had turned around and was driving his vehicle in the wrong direction on I-64.

Police say the suspect, when finally stopped, refused to exit his vehicle and resisted arrest.

Sgt. Thomas was taken to Memorial Regional Medical Center and released. Lopez-Morga was treated at VCU Medical center and later handed to police. He is currently being held without bond at Henrico Jail East.

Lopez is charged with DUI 1st and reckless driving, among other crimes, in New Kent County, VA.

The Weiland Firm, PLC is a leading firm of  VA Reckless Driving and DUI Lawyers

A man was charged with driving under the influence in Chesterfield, Virginia after ramming two police cruisers, injuring himself and one officer.

Twenty-two-year-old Courtney Orelien, of Wentworth Street in Chesterfield, was taken to CJW Medical Center for injuries suffered in the crash. He was initially charged with DUI, 1st offense after the incident. According to court records, Chesterfield police later charged him with driving on a suspended license, felony eluding, felony hit & run and assault on a law enforcement official.

The Richmond-Times Dispatch reports the incident occurred when Orelien intentionally rammed a police vehicle and then fled the scene. The police officer pursued the suspect south on Jefferson Davis Highway. Less than a mile after the chase began, Orelien attempted a sharp right turn onto Swineford Road. The suspect hit another police vehicle stationed on Swineford Road that was waiting to join in the pursuit.

The pursuit ended after the second crash. Orelein is expected to appear in the Chesterfield County General District Court on June 19, 2012. He is charged with hit & run, eluding, driving on a suspended license, and DUI in Chesterfield, Virginia.

Pastor Charged with DUI and Reckless Driving in Henrico, VA

The pastor of a Varina church is charged with DUI in Henrico County, Virginia. He also faces a reckless driving charge for an accident that occurred earlier that day.

Police say Jay Bertrand, co-pastor of Varina Baptist Church, was arrested for DUI just hours after he was released from the hospital for injuries he received after running into a Krispy Kreme store.

The first accident occurred when Bertrand crossed three lanes of oncoming traffic, hit a sidewalk and rammed into the Krispy Kreme on Broad Street.

According to Bertrand’s family, he suffers from serious back problems and the crash was a result of a medical emergency. They say his back seized up while he was driving and he could not move. Bertrand was taken to an area hospital but refused treatment.

Hours after leaving the hospital, Bertrand was involved in another accident. Police say he failed to move when a stoplight on Patterson Avenue turned green, causing the woman behind him to drive around his vehicle. When the driver stopped at the following intersection, Bertrand ran into her. The driver was not injured. Bertrand told police he did not remember what happened.

Bertrand takes medications for his back problems. His family says that all the medications he takes are prescribed by a doctor and that the doctor had given him full liberty to drive and operate machinery. They emphasize that this was not a case of alcohol or drug abuse.

Bertrand is charged with reckless driving in the Krispy Kreme accident and driving under the influence of drugs (DUI) for the second incident in Henrico, VA.

A Richmond, Virginia man has been sentenced to five years in prison for his role in a fatal, DUI-related hit-and-run that occurred in December near the John Marshall Courts Building.

Richmond Circuit Judge Bradley B. Cavedo sentenced Andre U. Vaughan to five years for his conviction on involuntary manslaughter, ten years with all ten suspended for felony hit-and-run charge, and twelve months with all but five days suspended for the DUI. 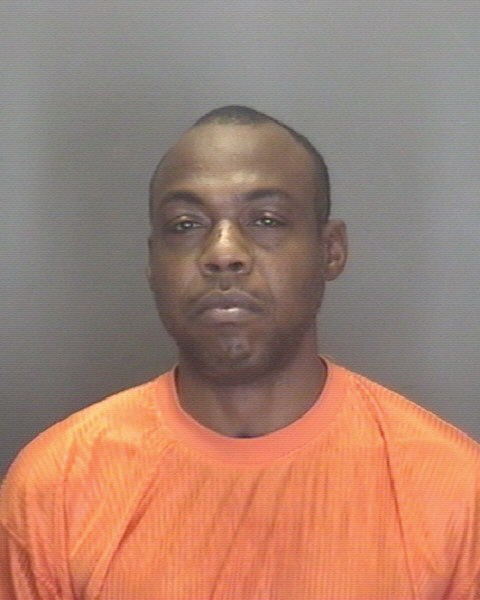 Vaughan has an extensive history of convictions involving domestic violence, but it was his lengthy history of substance and alcohol abuse which appears to have made the greatest impact in sentencing. Vaughan’s ex-wife was unaware of earlier convictions for driving offenses in Virginia, but did testify to Vaughan’s inability to overcome his addictions as he struggled with a life of alcohol and substance abuse.

Vaughan struck the victim, Bruce Lee Carter, near Clay 8th St in downtown Richmond VA and the incident was caught on closed-circuit TV from downtown cameras, which caught the moment of impact as Carter was sent sprawling ten feet. Vaughan initially fled the scene, but was soon spotted by police officers with a caved in windshield and damaged side mirror.

Vaughan was clearly intoxicated according to reports from officers called to the scene.

Vaughan pled guilty to all charges brought against him, including  felony hit and run and involuntary manslaughter (fatal Richmond DUI).

Click here for the full story from the Richmond Times-Dispatch.