Can a Reckless Driving Charge Be Expunged?

Can a Reckless Driving Charge Be Expunged?

Many people are very surprised to find out how serious a Reckless Driving charge is in Virginia. And for good reason. Reckless Driving in Virginia is a Class 1 Misdemeanor, which is a lot more serious than a typical non-criminal traffic offense such as Speeding or Failing to Obey a Highway Sign. Reckless Driving carries a maximum penalty of 12 months in jail, a $2,500 fine and a 6 month suspension of your driver’s license. While it is certainly true that most Reckless Driving cases simply involve a fine, and in some cases involving speeds in excess of 90 miles per hour a short jail sentence and/or license suspension, the ramifications of simply being convicted of a criminal offense like Reckless Driving are very significant. For some, it means a loss of a security clearance. For others is means loss of employment. And yet for others it means a serious conviction on their record and auto insurance problems.

As a result, clients often ask whether a Reckless Driving charge in Virginia can be expunged from their record. Often, the answer is no, it cannot be expunged. Under Virginia law, a person’s criminal charge can be expunged from their criminal record only when the charge is dismissed or an order of nolle proseque is entered in the matter. Moreover, a charge that has been dismissed can only be expunged when the dismissal is not a result of a judge finding that there were sufficient facts to enter a conviction but instead of entering the conviction the judge took the case under advisement to give the defendant an opportunity to have the case dismissed anyway. Expungement generally requires the dismissal be related to innocence of the defendant. 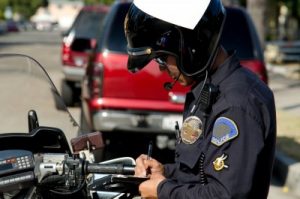 The vast majority of dismissals in Virginia Reckless Driving cases, particularly those cases where the charge is reckless driving by speed (over 85 miles per hour or 20 miles per hour over the posted speed limit), are a result of the judge taking the case under advisement for a period of time to allow the defendant to do driving school. Upon completion of driving school the judge may dismiss or reduce the charge. Consequently, these cases would likely not qualify for expungement under Virginia law. Indeed, even cases that were dismissed because the judge hearing the evidence does not believe the facts support a Reckless Driving conviction often do not require expungement because there is no record of the charge on the defendant’s “criminal record.” Reckless Driving convictions often only appear on the defendant’s “traffic record,” and if a Virginia judge dismisses the Reckless Driving charge in court, it is often the case that no mention of the charge would appear on the person’s traffic record.

As you can clearly see, since there often is no opportunity for an expungement of a Reckless Driving charge it is imperative to hire a good traffic attorney who can achieve the very best result possible on the case. If the attorney does achieve a great result, there will often be no need for an expungement. As they say, an ounce of prevention is better than a pound of cure.

Reckless Driving of 91MPH in a 65MPH Zone – Case Dismissed