John Weiland represented a client who was involved in a car accident and charged with Following Too Closely in Henrico County, Va. The accident involved one other vehicle and no injuries were sustained from either party. 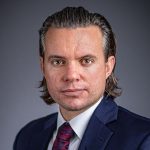 The client was a full-time medical student and volunteered routinely at the Children’s Hospital. Mr. Weiland was able to appear on the client’s behalf and convinced the judge to dismiss the Following Too Closely charge. 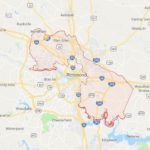 The client only needed to complete a defensive driving class and pay court costs. If you have been charged with Reckless Driving in Virginia, it is important that you contact an attorney that understands Virginia’s traffic laws and can guide you accordingly.

John Weiland, The Weiland Firm, and Nick Wright of The Weiland Firm, PLC, Attorneys at Law focus their practice on defending clients charged with serious traffic offenses, such as Reckless Driving and DUI, and are ready to help you win your case.