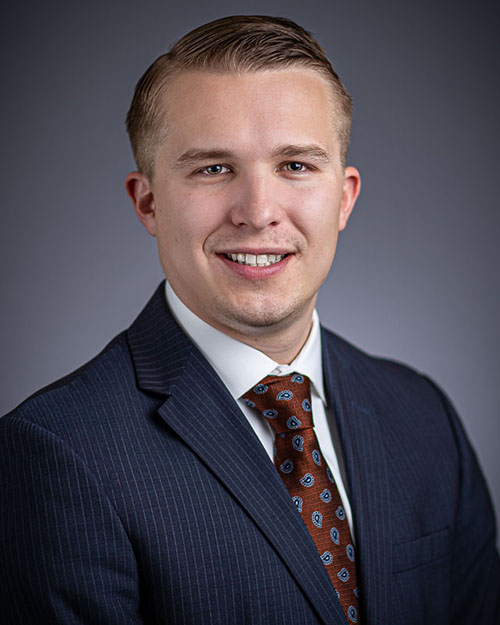 Nick is a trial attorney representing those charged with traffic offenses and crimes such as assault and battery, underage possession of alcohol, drug possession and distribution, and petty larceny. Before becoming an attorney, Nick attended Virginia Tech where he received a Bachelor’s in Political Science and a minor in Business. He then accepted a full merit scholarship to University of Richmond’s T.C. Williams School of Law where he focused his studies on criminal law and litigation.

In law school, Nick interned with both the Newport News Commonwealth Attorney’s Office and the Virginia General Assembly for Delegate Jason Miyares of the 82nd District in Virginia Beach. Upon graduation from law school, Nick was selected to serve as a Fellow with the Newport News Commonwealth’s Attorney’s Office – prosecuting misdemeanor and felony charges.

The time Nick spent working in the prosecutor’s office gave him an invaluable perspective on the criminal justice system and continues to aid him in his defense of clients charged with criminal and traffic offenses. In his free time, Nick is an avid fan of sports, and attends many sporting events. In the summer, he spends most weekends at the beach, golfing, or walking his dog, Tyson.